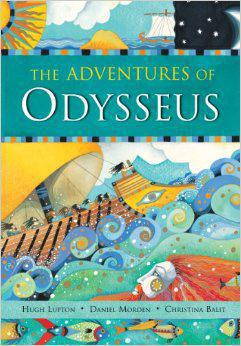 Through the sharing of this book we will be writing speeches in role as Odysseus and performing them to the class. We will also be writing

letters in role, diary entries giving an alternative perspective, as well as writing interviews with the characters in the story.

We be taking our curiosity further by creating a 3D relief map of Greece, creating a persuasive brochure for the Island of Ithaca and writing a newspaper report on the Greek economical crisis of 2013. We will also find out about the history of the Olympics, what a Spartan is,

Greek Gods and mythology and The Parthenon. We will also be planning, filming and editing our own videos depicting a chosen scene from the book.